Lagos State Governor Babajide Sanwo-Olu has described impartial judiciary as key to achieving his administration’s vision of greater Lagos. Sanwo-Olu stated this on Wednesday during the swearing in ceremony of the Chief Judge of Lagos, which held at the State House in Alausa.

Justice Kazeem Olanrewaju Alogba took the oath on Wednesday as the 17th Chief Judge of Lagos State, with a pledge to sustain the independence of the judiciary and also to embark on reform of the administration of justice system in the state.

Alogba, who had been presiding over the affairs of the state judiciary in acting capacity since June 13, was confirmed Tuesday as substantive Chief Judge by the Lagos State House of Assembly, following ratification by National Judicial Council.

Justice Alogba was sworn in at a ceremony held in the Banquet Hall at Governor’s Office in Alausa. Governor Babajide Sanwo-Olu led members of the executive council, while the Speaker, Rt. Hon. Mudashir Obasa, led members of the legislative arms to the ceremony.

The new Chief Judge said his tenure would witness transformation of judicial arm of government, promising to create what he described as “smart judiciary”. This, he said, would be achieved by deploying technology tools that would enable the courts to dispense complicated cases on time.

“With a sense of responsibility, I stand before you all to accept the onerous tasks, which this office requires of me to perform. I seek the guidance of Almighty Allah in carrying out those responsibilities of the office. In performing my duties, I shall key into the vision of the Governor Sanwo-Olu administration in ensuring that we have smart judiciary by providing first class judicial services in line with international best practice.

“We will be deploying more tools of Information and Communication Technology (ICT) in the provision of our services. In-video conferencing of court proceedings has already started and we will be doing more in this area.”

Justice Alogba, an indigene of Ikorodu, said there would be “rigorous training” for judicial staff to enhance capacity, promising that he would maintain zero tolerance for corruption within the arm of the government.

The Chief Judge, however, lamented the dearth of judges in the state, pointing out that Lagos had 54 judges in its employment to dispense on thousands of cases filed daily in courts. This situation, he said, was as a result of paucity of fund.

Alogba praised Gov. Sanwo-Olu for what he described as “unique benevolence” towards the state’s judiciary, noting that the Governor had been attending to the needs of the judicial arm of government since he assumed office.

The Chief Judge, however, pleaded with the governor to increase funding of the state judiciary for improved service delivery.

Sanwo-Olu said his administration would strengthen the cordial relationship between the executive and the judiciary, without eroding impartiality and independence the courts. The Governor pledged to support the judiciary to enable it provide the needs of judicial officers and discourage the people to recourse to self-help.

He said: “Your Lordship, I rejoice with you on this historic and momentous occasion, which will usher in a glorious chapter in the history of Lagos State judiciary. I have no doubt that your tenure as the head of judicial arm would further consolidate and advance the course of justice delivery for the benefit of those who seek redress in court.

“The ultimate goal of the judicial reforms which our Chief Judge has been part of is the need to ensure speedy delivery of justice to all parties irrespective of status. This is the only way to strengthen the confidence of our people in the justice system.

“I wish to use this opportunity to declare the total support of the executive arm. The objective to achieve a ‘Greater Lagos’ would not be possible without having impartial and independent judicial arm of government.”

Sanwo-Olu described Alogba as a “plain judicial officer”, expressing confidence in the capacity of the Chief Judge to lead the state judiciary.

The event was the first official function of the state’s Attorney General and Commissioner for Justice,Moyosore Onigbanjo, SAN, who presented Justice Alogba to the public. 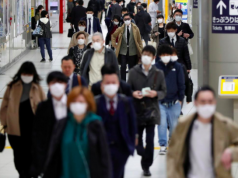 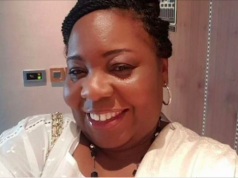 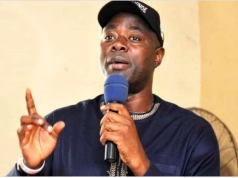 Going forward, there will be no petrol subsidy, says Mele Kyari 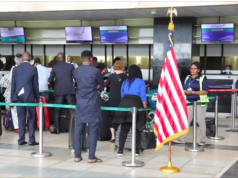