Real Madrid manager, Carlo Ancelotti has laughed off suggestions he could take over at Manchester United. The Italian, 54, has been placed among the favourites to replace David Moyes, who was sacked on Tuesday.

“I’m really happy here,” said the ex-Chelsea boss, who joined Real last summer. “I’m lucky to work at the best team in the world. I respect Man Utd a lot. I was disappointed for David Moyes, but my place at the moment is here.”

Ancelotti chuckled when he was asked about the Old Trafford job in his news conference ahead of Saturday’s La Liga match against Osasuna.

The ex-AC Milan boss spent two seasons in England with Chelsea, winning the Premier League and FA Cup double in 2009-10.

But he was sacked by the west London club after failing to win a trophy in the following season.

He returned to management with Paris St-Germain in December 2011 and led the French club to the Ligue 1 title last season – their first championship since 1994.

Madrid earmarked him as Jose Mourinho’s successor, when the Portuguese left to return to Chelsea, with Ancelotti guiding Los Blancos to this season’s Champions League semi-finals.

However, his team are six points behind leaders Atletico, albeit with a game in hand, in the race for the Spanish title. 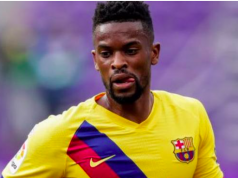 Wolves sign Barcelona defender, Nelson Semedo in deal that could be worth £37m 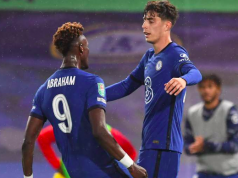