Pierre-Emerick Aubameyang’s hat-trick for Arsenal set up an all-English Europa League final against Chelsea as they won in Valencia for a 7-3 aggregate victory.

The Gunners are now one win away from Champions League qualification, while manager Unai Emery can make history by winning a record fourth Europa League crown.

Trailing 3-1 from the first leg in London, Kevin Gameiro’s close-range effort had given the hosts the early impetus.

However, Aubameyang’s right-foot volley from 20 yards levelled matters before Alexandre Lacazette put Arsenal ahead with a placed effort into the right corner.

Gameiro, a four-time winner of the competition at Sevilla and Atletico Madrid, tapped in Valencia’s second of the night before Aubameyang rounded off the scoring.

The Gabon forward slid in from Ainsley Maitland-Niles’ cross and then blasted emphatically into the top corner late on to complete his hat-trick and a 4-2 win.

It means Arsenal, whose first away game of this Europa League campaign was in Azerbaijan against FK Qarabag, will return to the country to face Maurizio Sarri’s side in the final on Wednesday, 29 May (20:00 BST).

It will be the first all-English affair since Tottenham defeated Wolves over two legs in 1972, when the competition was known as the Uefa Cup – and the first time that all four finalists in Europe’s top two club competitions have come from one nation.
Barring an unlikely combination of final-day results in the Premier League – Arsenal need to win and Tottenham to lose, with the Gunners making up an eight-goal swing in goal difference – Arsenal’s Champions League hopes now rest on winning the Europa League.

Portugal, Ukraine, Belarus, France and Italy have been among the destinations that Emery’s side have visited, navigating 14 games to reach the final and while they have been unconvincing on occasions, this performance underlined their credentials as potential winners.

Emery, who has earned the tag “Mr Europa League” after winning the competition in 2014, 2015 and 2016 while in charge of Sevilla, was vindicated in his bold team selection.

The deployment of Aubameyang, Lacazette and Mesut Ozil all worked as they recovered from Gameiro’s early goal to overcome the intimidating atmosphere inside the Mestalla Stadium.

Ozil’s 92% passing accuracy was better than any other Arsenal player when he departed just after the hour mark, while Aubameyang and strike partner Lacazette demonstrated their growing understanding.

Responsible for the Gunners’ first-leg lead, the duo again tormented their Spanish opponents throughout. Lacazette’s flick-on allowed Aubameyang to race clear and volley in their opening goal, before he swivelled on Lucas Torreira’s pass when scoring the visitors’ second.

Aubameyang’s two late goals brought up 48 goals between them this season, with no other Arsenal player contributing more than six. But Emery’s next task is to turn his club into winners in Europe.

While his remarkable record now stretches to 19 unbeaten Europa League knockout ties, Arsenal have lost their last three major European finals – the Champions League final to Barcelona in 2006, the Uefa Cup final to Galatasaray in 2000 and the Cup Winners’ Cup final to Real Zaragoza in 1995.

While Valencia had enjoyed a good record against their opponents on the east coast of Spain, it had been 16 years since their last victory over Arsenal, which came in the Champions League.

That was success was heavily indebted to the aerial power of Norway forward John Carew, who scored twice in a 2-1 win.

And at time, the La Liga side may have wished for an alternative route to goal – particularly during the second period when Arsenal’s control of the tie appeared complete.

While Gameiro added to his impressive CV in the tournament with poacher’s efforts, taking his tally at the Mestalla to 11 goals in his last 12 starts, there was a predictability about Marcelino’s side, with which Arsenal’s three-man defence got to grips as the game wore on.

Portugal winger Goncalo Guedes, who carried much of their early threat was shackled by Maitland-Niles and eventually withdrawn, as was Rodrigo Moreno, the creator of both Valencia goals.

That left Gameiro without any supply and allowed Arsenal to capitalise at the other end of the pitch. 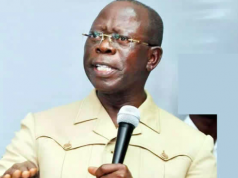 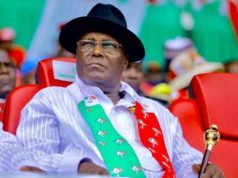 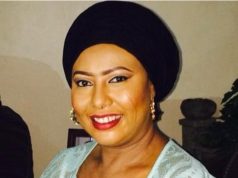 Maryam: The senator’s wife who plans to be NIRSAL CEO 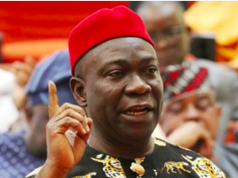