Former Netherlands boss Guus Hiddink has been appointed interim Chelsea manager until the end of the season following the sacking of Jose Mourinho.

The 69-year-old also managed the Blues on a temporary basis for the final three months of the 2008-09 campaign.

“I am excited to return,” said the Dutchman. “Chelsea is one of the biggest clubs in the world but is not where it should be at the moment.

“However, I am sure we can all turn this season around.”

Mourinho was sacked on Thursday with champions Chelsea 16th in the Premier League table, one point above the relegation zone.

Hiddink will watch Saturday’s visit of Sunderland from the stands, sat near to Chelsea owner Roman Abramovich, with coaches Steve Holland and Eddie Newton in charge of the team.

A statement on the Chelsea website read: “The owner and the board welcome back a coach with a wealth of top-level experience and success, including his previous spell with the club in 2009 when we lifted the FA Cup.

“Mr Abramovich and the board believe that Guus has what it takes to get the best out of our talented squad.”

He took over at Stamford Bridge in February 2009, replacing Luiz Felipe Scolari, and shared the role with his job as Russia manager.

Since then, he has endured unsuccessful spells as manager of Turkey, Russian side Anzhi Makhachkala and the Netherlands.

He stood down as Netherlands boss in June, during a miserable Euro 2016 qualifying campaign.

The Dutch failed to reach the finals, finishing fourth in their group behind Czech Republic, Iceland and Turkey.

Let Southeast negotiate for power, it should shift to South in 2023 – Zulum 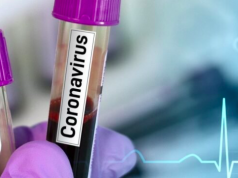