The Supreme Court on Tuesday struck out an appeal filed by the All Progressives Congress to challenge the judgment of the Federal High Court in Port Harcourt barring the party from presenting candidates in Rivers State for the general elections.

But there are three other pending appeals on the controversial primaries of the party in Rivers State.

Ruling on Tuesday, the Justice Olabode Rhodes-Vivour-led bench of the apex court struck out one of the appeals by the APC after upholding the preliminary objection filed against it by a group of 22 members of the party loyal to Senator Magnus Abe in the state.

The 22 party members led by Ibrahim Umar, are opposed to the emergence of Tonye Cole as the governorship candidate of the party in the state.

Delivering the lead ruling of the five-man bench of the apex court on the APC’s appeal on Tuesday, Justice Amir Sanusi said the preliminary objection by the respondents was meritorious.

Justice Sanusi said that the apex court’s reasons for striking out the suit would be given at a date to be communicated to parties to the suit.

Meanwhile, the five-man bench is currently hearing three appeals which were consolidated earlier on Tuesday.

I saved billions of dollars as finance minister, says Okonjo-Iweala 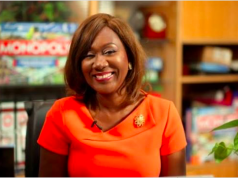 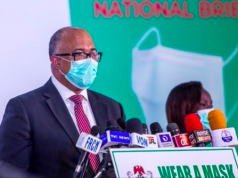 COVID-19 may be transmitted through air – NCDC

I saved billions of dollars as finance minister, says Okonjo-Iweala