President of Dangote Group, Aliko Dangote has advised the Federal Government to facilitate the establishment of Mineral buying centers and lapidaries to boost investments in solid minerals.

Speaking at the just concluded Kogi State Economic Summit in Lokoja, the state capital, the businessman said the absence of solid mineral buying centers and lapidaries has enabled the flourishing of cartels who engage in illegal sale of minerals out of the country, with resultant loss of solid minerals revenue from taxes and royalties.

Dangote who was represented at the Summit themed “Discover uncommon Investment Opportunities in the Confluence” by the Acting Group Managing Director of Dangote Cement Plc, Engr. Joseph Makoju said as a matter of urgency, the government should establish various mineral buying centers and lapidaries across the relevant zones in the country as such step will encourage the artisanal miners to sell minerals in-country, and production can be monitored for taxes and royalty collection.

He reasoned that each state of the federation should be encouraged to invest in domiciled solid minerals either as sole investor or in collaboration with private investors, with revenues accruing entirely to the state, and taxes and royalties accruing to the federal government.

According to him, Nigeria ought to be reaping more from her mineral deposits than currently doing while noting that significant evidence shows that Nigeria has over 34 different solid minerals distributed in the country’s richly endowed geology.

Dangote noted that the Group has invested heavily in the state and by so doing bolstering economic activities in the state and providing employment for the people. He said his group would not rest on its oars as it would continue to explore other sector of the economy for investment opportunities.

Vice-President Yemi Osinbajo in his remark lauded the leading roles the Dangote Group is playing in the industrial revolution of the country pointing out that private sector indeed is the key to unlocking Nigeria’s economic potentials.

He promised that the federal government would continue to provide the enabling environment for businesses to thrive and to attract foreign investments through investment friendly policies.

Minister for Mines and Steel Development, Dr. Kayode Fayemi also commended the Dangote Group’s effort in the mining sector and urged Kogi State Government to continue to partner the Conglomerate in its onerous task of bolstering the state’s economy.

Special Adviser on Finance and Investment, to the Kogi Governor, Achile Omali described the Dangote Group as a dependable partner, adding that its contribution to the economy of the state is incalculable.

He commended the Group for its job creation through its investments in cement, agriculture, mining, power and in other sectors of the Nigerian economy.

Chief Executive of Access Bank, Herbert Wigwe urged Nigerian investors to show good interest in investment in mining, noting that many of the investors were not keen about investing in the mining sector of the state and elsewhere until the Dangote Cement blazed a trail.

Speaking also, the Ooni of Ife, Oba Adeyeye Enitan Ogunwusi, said that the Dangote Group’s feat in several economic sector especially in the cement subsector was highly commendable, just as he urged other Nigerians to follow suite and support the efforts at diversifying the economy. 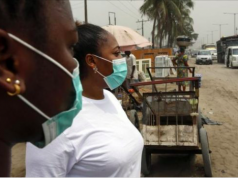 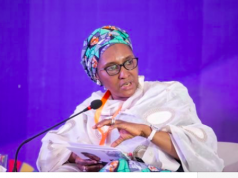 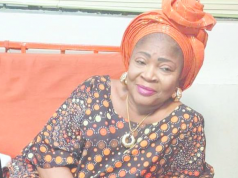 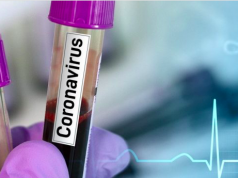