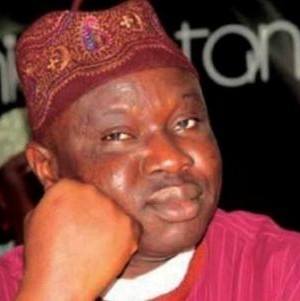 The Economic and Financial Crimes Commission, EFCC, has said it will appeal against the ruling of Justice Ibrahim Buba of the Federal High Court, Lagos, which on Friday set free the Speaker of the Lagos State House of Assembly, Adeniyi Ikuforiji and his aide, Oyebode Atoyebi.

Both had been standing trial on a 54-count charge of money laundering to the tune of N503million.

Justice Buba, on Friday ruled that the prosecution failed to prove its case against the accused persons.

According to him, the trial was “anachronistic,” adding that the prosecution ‘ misconstrued and mis-interpreted the Money Laundering Act”.

Lead defense counsel, Wole Olanipekun( SAN), had prayed the court to discountenance the charges preferred against Ikuforiji, saying that, the Money Laundering Act 2004, with which the accused person was charged, have been repealed and replaced with the Money Laundering Act 2011, and so should not have been used in charging him. Atoyebi’s counsel, Tunde Akinbisi, aligned his submissions with the arguments of Olanipekun.

Justice Buba upheld Olanipekun’s submissions and ruled that “the first and second defendants are hereby discharged and acquitted”.

But EFCC expressed dissatisfaction with the ruling, saying that “The learned judge erred in this ruling. The proof of evidence to the charge clearly showed that the provisions of the Money Laundering Act had been violated by the accused persons in receiving various cash payments from the assembly amounting to about N338.8 million.

The Commission stated that it will explore the option of appeal to bring the accused persons to justice.