Ferscoat International Group of Schools in a series of enlightenment seminars has continued to lay solid foundation for its students in sexual relationship and the need for purity.

In the seminar with the topic; Teenage Sexuality and Relationship held Friday in the school premises at Olude Ipaja, Lagos State, the resource persons; Reverend Ebenezer Diyaolu, President of Sexual Purity Campaign Initiative and Sister Marcel Royal, enlightened the students on what the future holds for them if they embrace a life of purity which begins from their time in school as teenagers before getting into higher institutions and getting into the larger society as adults.

The school Principal, Frederick Opata explained that the aim was to enlighten the students on the dangers involved in early sex and relationship adding that the seminar was to prepare the students for the responsibilities which await them as future leaders prepared to know what is expected of them by the society.

While charging the students to take every stage of the seminar serious, Mr Opata said that the investment on them by the school was meant to make them better leaders tomorrow, a shining example to the society at large and their respective families.

The facilitator lectured the students on the need to live a life of purity in order to enjoy future devoid of crises and scandals.

He gave the students seven points of what to avoid in their relationship with the opposite sex even in order to escape the traps of sexual pervasion which may lead to crime in future as they grow up.

He enumerated the dangers of engaging in ungodly acts by the students as teenagers while emphasizing that the society will never overlook violent acts against women no matter the age of the offenders.

He gave them instances of acts that could lead to prosecution of offenders no matter the explanations given and circumstances that may lead to such acts.

The facilitators gave the students a better understanding of how to maintain a mutually beneficial relationship for them as students which may lead to a glorious future as individuals and as a family.

Giving specific instances, Rev Diyaolu especially cautioned the boys on acts of violence against the girls while in school which, unknown to them, may lead to criminal prosecution of the offenders and may affect their plans of pursuing a glorious career in life after their secondary school education.

Beyond relationships in school, the facilitators also encouraged the students to look forward to a cordial relationship with neighbours outside the school system, the environment and within other areas of endeavours

Diyaolu also cautioned them against the dangers of engaging in unholy sexual acts online which he said is so perverse these days and which may end up creating problems for them later in life.

He gave seven instances of what they must look out for to remain sexual pure while in school and even after school in order to have their future goals intact even as they grow in life.

Giving instances of how many destinies have been affected by the past actions of some individuals, Reverend Diyaolu related the stories of leaders in business, politics, and areas of life who have been hunted by their past because of certain ungodly acts of such individuals in their days either in school or while growing up in the society. 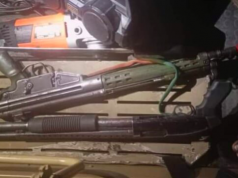 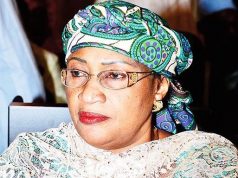 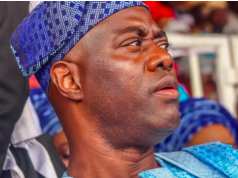 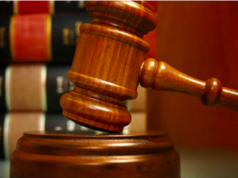