The number of daily COVID-19 cases dropped to its lowest in one week with 321 new infections confirmed in 23 states and the federal capital territory (FCT).

The Nigeria Centre for Disease Control (NCDC) confirmed the new cases in its update for August 24, 2020.

Before Monday, within the past seven days, the number had risen to as high as 601 new cases confirmed in a single count on August 22.

However, two new deaths were recorded, while 312 people were confirmed to have recovered. 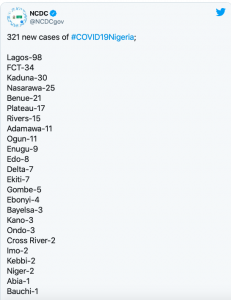 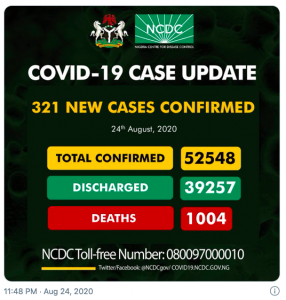 With the current trend, it is still not clear if the country should expect a steady drop in cases, since more restrictions are being lifted across the country.

As part of efforts to ensure better management of the coronavirus pandemic, the presidential task force (PTF) on COVID-19 called ok states to boost efforts on sample collection.

Speaking at a media briefing on Monday, Boss Mustapha, secretary to the government of the federation and chairman of the PTF, explained that although there has been a decline in the number of fatalities, more needs to be done to improve testing capacity.

“We are, however, convinced that our sample collection is still low. We therefore encourage states to ramp up their testing and to declare correct results because early detection will ultimately translate to treatment and ultimately leveling of the curve.” 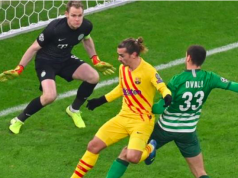 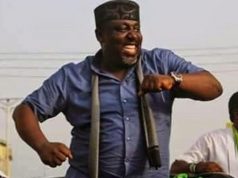 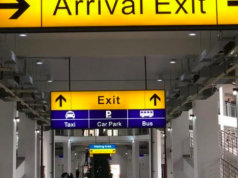 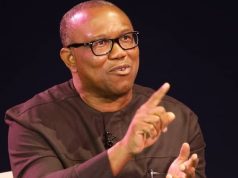 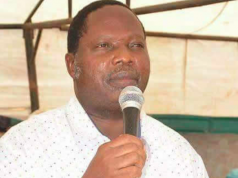 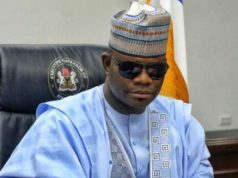