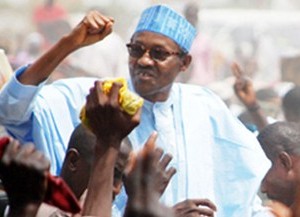 Former Minister of Internal Affairs, Gen. John Shagaya (rtd), said Wednesday in Abuja that the time has come for Nigerians to elect a leader that would bring back the nation’s lost glory.

Speaking at a news conference organized by Buhari Friends Organisation in Abuja, Shagaya said Nigeria is lagging behind its counterparts because of corruption and insecurity in the land.

The former minister said it is unfortunate that Nigeria that was recognized as a continental power a few years ago because of her exploits in peace keeping operations in other African countries is unable to deal with pocket of insurgents who daily occupy cities in the country with impunity.

“Nigeria was two years ago recognised as a continental power and a great contributor to world peace hence we were elected a non- voting member of the United Nations Security Council.

“I said in the last two years because the world has begun to frown against some of the happenings in this country. There is a high level of insecurity and corruption.

“The west is saying this is the Nigeria that saved Tangayyika, now Tanzania, we were in Rwanda and Angola and other parts of Africa. How come that we cannot cure ourselves if minor misdemeanor?

“The solution can be found in the statement of the America Secretary of State in Europe where he concluded that we have corrupt and porous leadership. These two factors have contributed to insecurity,” he said.

Speaking on why Buhari should be given the mandate to lead the country, he said, “this man we are hoping that Nigerians will give the opportunity to rule is incorruptible and fearless.

“He is one man who in 1984, when the World Bank decided that we must swallow line, hook and sinker heavy conditionalities in Nigeria, he stood up and said, I must consult my country because Nigeria must not be judged on western values because we are a developing nation.

“As time goes on, you know what happened when we begin to bite the conditionalities of the World Bank. When he made this speech in 1984, the naira was equivalent to 2.2 dollars.

“Today, you need a basket of naira to buy one dollar. Those are the qualities he has. He is a man that most Nigerians who are not hungry would want to rule this country.

“Of course, democracy is a game of numbers and I know that all of us from different background who love this country will say that we have someone we respect and will be respected by the continental bodies. Since Nigeria cannot operate in a vacuum, we need someone that the world can accept for us to develop and progress together.

“There is no doubt that our leaders have done the best from the beginning in 1960 and even the struggle for independence through the civil war until the last few years. All I believe that the friends of Buhari are saying today is that we are declining instead of climbing to the top of the ladder. This is where the entire world did not expect us to be.