Nicolas Pepe put his red card against Leeds United behind him with the opening goal against Molde as Arsenal secured their place in the last 32 of the Europa League.

The Ivory Coast forward curled a powerful strike into the top corner after a difficult week following his dismissal at Elland Road.

Reiss Nelson doubled the Gunners’ lead shortly after with a tap-in from close range as Arsenal progressed to the knockout stage with two games to spare.

Substitute Folarin Balogun, 19, scored with his first touch to cement victory for Mikel Arteta’s side in Norway.

The North London side have won all four games in Group B and scored 12 goals in the process, displaying a consistency that is in contrast to their Premier League campaign.

After a bright but goalless first half, £72m signing Pepe broke the deadlock for the Gunners in a style befitting his price tag.

A lovely cushioned touch set the 25-year-old up to fire past goalkeeper Andreas Linde and put Arsenal on their way to last 32.

The Gunners quickly increased their advantage when Nelson, Arsenal’s best player along with Pepe, tapped home after a good pass into the box by Joe Willock.

A comfortable win was completed when Balogun swivelled in the penalty area and fired home a low strike to cap a positive performance by Arteta’s side.

With qualification to the knockout stage secured, the focal point for Arsenal in Europe will be the return of a small number of supporters to Emirates Stadium for the tie against Rapid Vienna on 3 December.

The club tweeted before the game in Norway: “It’s been a long nine long months without our fans. And our matches simply haven’t been the same. So we’re delighted to confirm we’ll be safely welcoming 2,000 fans back to Emirates Stadium for next week’s #UEL fixture.”

An away game in wintry Norway might not have seemed an ideal fixture for Arteta and Arsenal to face after a modest performance in the draw against Leeds and a sobering 3-0 home defeat by Aston Villa in the Premier League.

But Pepe, red-carded for a headbutt on Ezgjan Alioski on Sunday, looked keen to repay Arteta’s pre-match words of support with a bright performance.

The former Lille winger’s first moment of threat came when he sprinted down the left and cut inside to make space for a shot but fired over the bar.

He got closer with his next effort from outside the area as his curling drive hit the crossbar with Molde goalkeeper Linde beaten.

The club’s record signing, who will now start the first of his three-match domestic ban against Wolves, eventually got his third goal in the Europa League this season with a neat piece of control and shot.

Pepe’s strike gave Arsenal’s youthful side an injection of confidence and, after a dearth of goals in their previous two fixtures, suddenly Arteta’s side looked dangerous with every attack.

Nelson, who turns 21 in December, was a bright note from the start at the Arker Stadium as he linked up well with captain Alexandre Lacazette and got an early effort on target.

The winger was rewarded for his persistence as he doubled the advantage from the six-yard box and then Balogun, linked with a move from Arsenal in the summer, staked his claim for a new contract by scoring on only his second appearance for the Gunners. 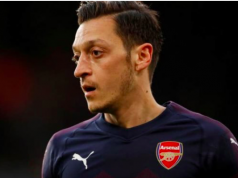 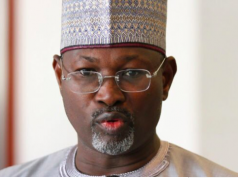 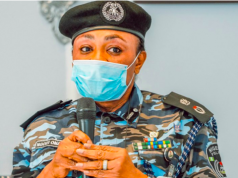 Oyo CP vows to go after masterminds of attack on Fulani community, says violence broke out after Igboho’s visit 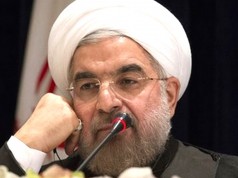 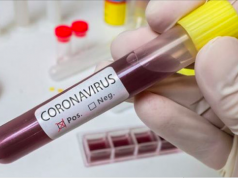 US leaders write Biden to back Okonjo-Iweala, say ‘She’ll be first American woman to lead WTO’

Oyo CP vows to go after masterminds of attack on Fulani community, says violence broke out after Igboho’s visit