Nigeria’s debt profile has been on the increase because of the impact of revenue crash and the crises trailing the coronavirus pandemic on the economy, the Debt Management Office has said.

However, some economists and experts have warned of the dangers of continued borrowing from the Central Bank of Nigeria by the Federal Government.

Both the DMO and experts were responding to questions posed following the claim by the Edo State Governor, Godwin Obaseki, that the country printed N60bn to augment what the three tiers of government shared in March.

Obaseki reportedly stated on Thursday that Nigeria was in huge financial trouble, alleging that the Federal Government printed N60bn in March as part of federal allocation last month.

The Edo governor also expressed worry over the country’s increased borrowing, saying it was wrong to continue borrowing without a tangible plan for debt repayment.

She said the rate of borrowing had started to come down until COVID-19 forced Nigeria, like many other nations, to increase its borrowing in order to buoy the economy.

Oniha said, “The higher level of borrowing from 2015 due to the revenue crash occasioned by crude oil started trending downwards thereafter.

“Unfortunately, COVID reversed that trend. That became necessary and many countries including the UK and USA also embarked on new borrowing.”

She added, “It is not correct to say that the economic team is not concerned about how the debt will be repaid. You know that a Debt Sustainability Analysis and Medium Term Debt Strategy are done.”

The DMO boss noted that apart from the Federal Government, the states are also borrowing increasingly too.

She added, “I am unable to comment on the ‘top-up’ at Federal Accounts Allocation Committee as the DMO is not involved in the determination of how much is shared at FAAC.

“I am not sure how His Excellency arrived at N15-16tn of total borrowings.”

Statistics obtained from the DMO showed that the country borrowed N5.52tn in 2020. As of December 2019, the country’s debt portfolio stood at N27.4tn.

However, Nigeria’s total public debt rose to N32.9tn at the end of December 2020, according to a statement released by the DMO in March.

The DMO disclosed that the total public debt to the Gross Domestic Product was 21.61 per cent, adding that it was within Nigeria’s new limit of 40 per cent.

“Nigeria’s total public debt as of December 31, 2020 was N32.92tn. The figures include the debt stock of the federal and state governments, as well as, the Federal Capital Territory,” it stated.

It said that after Nigeria exited recession in 2017, the level of new borrowing at the federal level as shown in the annual Appropriation Acts, had been declining to moderate the rate of growth in the public debt stock in order to ensure debt sustainability.

This trend was reversed in 2020 due to the economic and social impact of the COVID-19 pandemic as new borrowing in the revised 2020 Appropriation Act was N4.2tn.

The DMO stated, “It should be noted though, that apart from the new domestic borrowing of N2.3tn, the other new borrowings were concessional loans from the International Monetary Fund ($3.34bn) and other multilateral and bilateral lenders.

“This incremental borrowing to part-finance the 2020 budget and the additional issuance of promissory notes to settle some arrears of the Federal Government of Nigeria, contributed to the increase in public debt stock.

“New domestic borrowings by state governments also contributed to the growth in the public debt stock.” 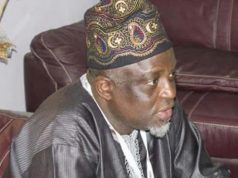