Nobel laureate Prof. Wole Soyinka has accused President Goodluck Jonathan of “looking elsewhere for the smoke in the plane” while “the fire is right on his own roof at Aso Villa.

“Before the fire becomes unstoppable, something must be done to put it off,” Spoyinka said in his reaction to the worsening security situation in Rivers State.

Soyinka who spoke in Osogbo during the celebration of the late African icon, Nelson Mandela, at the (CBCIU), said the likes of CP Mbu is not required in peaceful states like Rivers, Osun and Lagos, adding that “people who are so tough, so unbeatable and untouchable should be sent to Maiduguri to go and confront the greatest menace the country is facing now” (the Boko Haram).

“Since Mbu is such a tough cop that is so powerful and mighty that he can steamroll over the democratic process of this nation and to show how tough he is, I recommend to Jonathan that he should be sent to Maiduguri to go and show his powers there with Boko Haram”, he said.

Soyinka said he was ashamed to be a citizen of a country where a police commissioner could act with impunity and opened fire on unarmed people who were exercising their fundamental human rights as upheld by the Supreme Court of Nigeria.

He described as “more shameful” that “there has not been any reaction from Aso Rock Villa on the ugly incident as at date.”

Soyinka insisted that people do not require a police permit to meet and that the police are obliged to provide protection for people meeting peacefully.

He remarked that if Nelson Mandela had been at the head of Nigeria, “any policeman or law enforcement officer who fires even a rubber bullet at innocent people – I am not even talking about a senator or politician or opposition – innocent people harmlessly holding a meeting and any officer be it soldier, policeman, vigilante who intrudes in such a meeting with violence using state’s power or the people’s armoury to injure or traumatise the citizens, such an individual would be in jail now, however highly placed”.

Soyinka advised President Jonathan to quickly call Mbu to order before he wreaks havoc on the democratic process.

The Nobel laureate pointed out that what is happening in Rivers State is not an affair of the state alone but that which concerns every Nigerian.

He reminded Mbu of the existence and jurisdiction of the International Court of Crimes Against Humanity adding, “I want to tell Mbu that one of these days, he would find himself in front of that criminal court and he would go and keep company with Charles Taylor and the killers in Rwanda”. 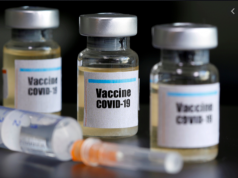 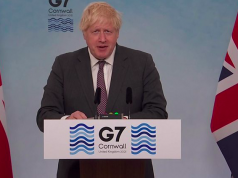 Netanyahu out, Bennett in as Israel marks end of an era

Give Nigerians the change they desire, Oyegun tells APC