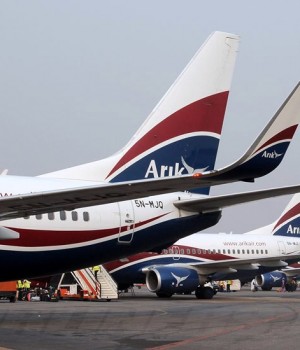 Strong indications have begin to emerge that air travelers may soon start paying more for trips as airlines consider ways to cushion the effects of the continued depreciation of the naira on their operations.

The naira slid to a new low Wednesday at N173.35 against the dollar, taking its decline for the year to 8.4 per cent.

Some of the airline operators told our correspondent that they may be forced to pass on to passengers, the cost of operations which will go up as majority of their expenses are dollarised.

Managing Director of IRS Airlines, Yemi Dada, told reporters in Lagos that the situation portends serious problems for the sector and the industry, stressing that carriers will spend so much on spare parts and maintenance, which he said are dollarised.

According to him, the only positive thing for the carriers is the drop in price of oil, which could force down the price of aviation fuel.

The airline chief stated that the cost of aircraft maintenance could double coupled with insurance premium which could also be high.

“It is already a tough era for operators in the Nigerian aviation sector as wary international aircraft lessors classified the country among “high-risk nations” for doing business,” he said.

As a result of incessant air mishap which claimed the lives of passengers and crew members, major aircraft leasing firms such as GE Capital Aviation Services (GECAS), International Lease Finance Corporation (ILFC), Cab Tree and Aercap have raised the lease on aircraft to Nigerian airlines by over 40 per cent.

Dada said with the recent situation, airlines might have to pay more for these services and general cost of operations.

A former Assistant Secretary General of Airline Operators of Nigeria (AON), Muhammed Tukur, said the depreciation of the naira had serious implications for all segments of the economy.

He said for aviation, airlines would be forced to increase air fares, adding that the era of charging N9, 000 for an hour trip is no longer realistic.

According to him, “You know, we charge air fares in naira but aircraft maintenance is done in dollars. What it means is that you are using so much naira to chase a few dollars.

“Every other thing will go up and it is quite unfortunate that the country’s currency has slid so low. If you have to buy aircraft, there is no doubt that you will pay more. This will have a spiralling effect on every sector of the economy