Atedo Peterside, founder of Stanbic IBTC and Anap Foundation, says five percent of the population in Nigeria is controlling the remaining 95 percent.

Speaking in an interview with Arise TV on Friday, Peterside likened the technique to the divide and rule used by the colonial masters.

The Anap founder advised youths to unite ahead of 2023 and find the silver lining from the Lekki incident that happened in Lekki on October 20.

“If the youth must take back their country, it must be done tactfully. You know that if you dont think well, hoodlums will spoil your effort and you must unite. Find ways to unite.

“The 5% control you because they divide you. It is the same thing when the British came to Africa, Nigeria. How many British soldiers came? They took over Nigeria through divide and rule.

“The most powerful coastal chiefs that stood in their way, King Jaja of Opobo town where I am from, they took him away. They will now take another chief who is now saying what they would like to hear. Divide and rule, that’s how they took over.

“The youth must think about such things, use legitimate channels and take back their country. Yes, we failed you partly because you have not made plan to take back your country. So, take it back. Plan properly.”

Speaking on the ultimatum issued to Abuja protesters by a group called Indigenous People of Abuja, Peterside said the briefing was most likely sponsored.

“I got that video clip on social media but realizing how much Nigerians can send out a fake video that was why I saw that a completely unknown person, someone I have never seen before in my life. He is not a senator or governor. All of a sudden, he is giving a press conference like a head of state. Arise TV is present, Channels, AIT, everybody,” he explained.

“Give me a break. I am 65 years old. Since when did a total unknown person, I am not insulting him, start having the ability to assemble the creme of Nigerian television stations and he is addressing them like a head of state, threatening Nigerians, giving the IG ultimatum.

“How did the media assemble? I will be honest with you. I don’t have the evidence but from my experience, I guess that somebody sponsored all that. I know how difficult it is to assemble all the media in Nigeria to be present to intervues the CEO of a company or governor then suddenly somebody who nobody knows, the media are all present.

“So, I refuse to believe the video and instead ask Arise TV. I saw your cameraman was there. Let me see the video. If Nigerians check their facts like that, like now you have played that video, let somebody come and deny and say there was not one unknown person in Abuja threatening that he would unleash mayhem in 48 hours and all of you (media) assembled there to give him audience. The media too are culpable.” 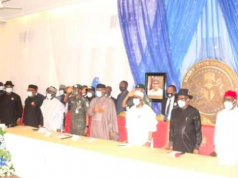 Our resources being used to develop other regions but we are still in need, says South-south govs 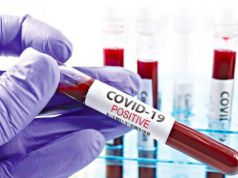 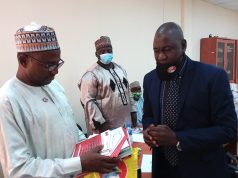 EFCC to wield the big stick against tax evaders 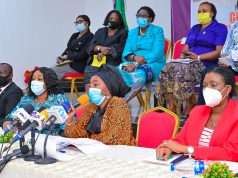 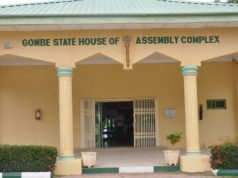 Our resources being used to develop other regions but we are still in need, says South-south govs

EFCC to wield the big stick against tax evaders