Tunde Bakare, serving overseer of the Latter Rain Assembly (LRA), has sent a cryptic message to Bourdillon, saying he who stole will vomit all he has stolen before he goes.

Speaking during a sermon at the Latter Rain Assembly on Sunday, Bakare said the people are praising the one who stole from them, and regarding him as a generous man.

The fiery preacher, who also spoke about the race to 2023, added that a truly generous man is a man who “devises generous things, and by generosity, he shall stand”.

“The eyes of those who see will not be dim. The ears of those who hear will listen. Also, the heart of the rash will understand knowledge and the tongue of the stammerers will be ready to speak plainly,” Bakare said.

“The foolish person would no longer be called generous. You can say ‘so so and so’ has stolen all the money in the state, but he is a very generous man, you are foolish.

“You will not go without vomiting what you have stolen. Wait, and see. Because a king will reign in righteousness and princes will rule with justice. Unfortunately, Nigeria people, you celebrate your villains and crucify your heroes.”

Speaking about the floods in Lagos, the convener of the Save Nigeria Group (SNG) added that the government has not done right by the people.

“You’re complaining about Flood. Since 1999 the condition of this road for 30 years now since I’ve been here has remained the same. They’ll do patch-patch, join-join, until rain comes and reveal that they have not been right with the people,” Bakare added.

“And you think your children will stand shoulder high above the perversity you have created? I see the race to 2023, congratulations Presidential ‘hope-fools’. You cannot, you have stolen what belong to all.

“You can tell the man, he is a very generous man, he would pay for your hospital bill. Because he didn’t build hospitals. The foolish person will no longer be called generous.

“Woe betides the government that does not know that the purpose of government is the welfare of the people.”

Bakare, who ran alongside President Muhammadu Buhari in 2011, said some people came to him in 2011, and just told him to sign that I would step down after a few days as VP and get a house in Abuja and another one in “Banana Republic”. 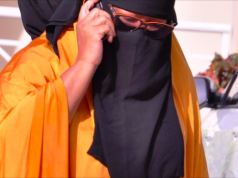 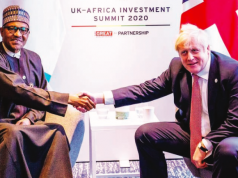 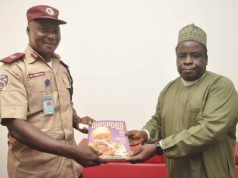 NIDCOM to partner FRSC on hitch-free license process for Diasporans