“MEN make history and not the other way around. In periods where there is no leadership, society stands still. Progress occurs when courageous, skillful leaders seize the opportunity to change things for the better”, postulates Harry S. Truman.

Nigerians had high hopes. Nigerians believe basic amenities of life would be readily available. Nigerians were sure health institutions in the country would be better off. The people of Nigeria were certain they would not go to bed in hunger as three square meals would be made available. Millions of Nigerians had belief that house rents payment would be easily affordable. Electricity supply, the masses were sure would have improved and be more constant.

Graduates of Nigerian tertiary colleges were hopeful that securing jobs after school completion would be a walk-over. Farmers were bold enough to agree that they would have access to soft loans to produce food in large capacity to guide against food insecurity in the county. Market women resolved in their several meetings to make prices of food affordable to Nigerians.

Nigerians were joyful that they would be able to sleep with their two eyes closed, not afraid of hoodlums or armed robbers invading their homes. From the East to West, North and South of Nigeria, everyone was certain Naira, Nigeria’s currency would appreciate in the Foreign Exchange Market (Forex) soon as the nation witnessed new administration.

Nigerians had all of these high expectation since on May 29, 2015 when President Muhammadu Buhari assumed power as Nigeria’s leader, the people saw in him: a firm leader going by his antecedent as a military ruler of Nigeria from 1984-1985; an incorruptible personae, a disciplinarian who would be willing to go extra mile ensuring sanity in politics and economy, which are the core promises he made to Nigerians in his manifesto before all of us entrusted our collective destinies in his hands by overwhelmingly voting out Peoples Democratic Party (PDP) and had All Progressives Congress (APC), an opposition party take over the reigns of power. During the election, many Nigerians died in the process, as some of them became victims of gun shots, party-rivalry attacks, stray bullet.

In short, Mr. President rode to power on the wings of Nigerian lives who sacrificed themselves, faced all odds, queued long in the sun, kept vigil on ballot boxes so they are not stolen by hooligans: all in their sorrows, tears and blood.

So what did Nigerians get in return for all these sacrifices? Empty promises, disappointment, regret, inflation, sufferings; more joblessness, shattered dreams, unfulfilled aspiration, propaganda and deceit in the most alarming rate ever in Nigeria’s history. It is akin to dancing on dead Nigerians’ graves. Many of them are wishing if the earlier young, vibrant, energetic and resourceful Buhari whom they knew as a military leader in the 80’s could be reincarnated into this 21st Century by his vibrancy.

Alas, veils have fallen off Nigerians’ eyes since it is now realized that Buhari of the 80’s is not the same as Buhari of this 21st modern Century. As at today, Buhari is 73 years old, an old man that has obviously lost the energy, vigour, strength, ingenuity and profound thinking capacity of the 80’s.

There comes a time in the life of every man when that man looks himself straight in the mirror and tells himself the truth. At Mr. President’s age of 73 years, if he continues in this path as at present, it is either he his not telling himself the truth by looking closely in his appraisal-mirror of performance or gullible to the high-praise of political sycophants whom General Ibrahim Badamasi Babangida (retired) also a former Nigerian military ruler described in his recent twitter handle as glutton, hungry politicians with voracious appetite whose main visit to Aso Rock, seat of power is to consume food.

IBB, as fondly called captured it in these words: “I strongly believe our Politicians are well fed. Aso Rock is Not A Place to Feed Nigerian Politicians.” A popular adage in Nigeria says “A fool at 40 is a fool forever,”, then how do you describe someone at the age of 73 years?

It is becoming more crystal clear daily that there are some political wolves in the corridor of power whom Mr. President must have seen as harmless, political sheep that would not wrongly advise, guide, inform him of the pulse of Nigerians’ expectation; rather these same politicians are not only misinforming, misguiding but seems set to rubbish earlier legacies of Buhari’s accomplishment in the 80’s through his lackluster political performance as being witnessed by all and sundry today.

Regarding Nigeria’s Naira fall to over N300, which has for the first time almost brought the nation’s economy down on its knees due to oil reliant to an all time shame, the words of Douglas MacArthur, an American great philosopher, a five-star Army General and a former Chief of Staff of the United States who died April 5, 1964 in Washington DC readily comes to mind.

He said: “A true leader has the confidence to stand alone, the courage to make tough decisions and the compassion to listen to the need of others. He does not set out to become a leader, but becomes one by the equality of his actions and the integrity of his intent.”

Yes, Buhari has been a true leader standing alone. Yes, Mr President has had the confidence to make tough decisions. No, he has not had the compassion to listen to the need and suffering of the masses. Nigerians damned all odds across ethnicity, social barriers, political affiliations to elect him their leader by seeing through the prism of his unquestionable integrity, but the equality of his actions buoyed by his non-compliance to his own electoral promises, willful desecration of his own Oath, now cast shadows of doubt on his economic prowess to save Nigeria from the woods.

Godwin Emefiele, a former Chief Executive officer and Group Managing Director of Zenith Bank Plc has been Governor of Central Bank of Nigeria (CBN) since June 3, 2014. He brought in various economic theories, fad, ideas and policies.

On the long run, right under Mr President eyes, Emefiele has found it so difficult to ‘arrest’ the rising of Nigeria’s Naira in Foreign Exchange Market to the extent that One United States Dollar now goes for over N300 in the open market. Under Goodluck Jonathan, Buhari’s predecessor, the then CBN Governor, now Emir of Kano State, Sansusi Lamido Sanusi, ensured Naira exchange to a Dollar was stable at N150.

Today, Nigerian politicians due to economic orders handed down to the nation’s financial institutions by CBN; majority of them have literally been buying-out dollars everywhere, anywhere they found it the country, which they now keep at home to avert the slamming hammer of CBN regulations.

These realities have brought untold hardship to majority of Nigerian homes, with money becoming further scarce in circulation as Buhari’s anti-corruption drive steep lower into the standard of living of the masses. Unlike Buhari who had military background, Emefiele would have imprinted his name in the Hall of Infamy at the end of his tenure as ‘one of the worst economists with bad policies that worsened the value of Naira.’ Mr President, it is time you wake up from this slumber that is obviously blowing weird air on Nigerians. Do the right thing: give a deadline to the CBN Governor to put into pragmatic use sound economic policies that would ensure Naira is strong, stable and higher in value compared to other currencies in the Foreign Exchange Market.

Just like every other Nigerians, it is needful that I tell you this Mr President. Great that you are all out fighting Nigeria’s economic saboteurs, corruption, political thieves that have stolen the nation’s wealth by bringing them to justice, blocking all loopholes in the Federal Civil Service to avoid financial waste, having Treasury Single Account (TSA) an initiative which requires that government revenue collection is put into single account to centralize control on effective cash management. But have you asked yourself of what effects are your economic drives on the people you are leading as being guided by the CBN Governor?

Emir of Kano recently said Mr President needs urgent help economically to steer the nation. He also accused Emefiele not to be in denial of being able to artificially hold up the currency. His words: “Let’s stop being in denial, we cannot artificially hold up the currency. President Buhari needs help on the economy. CBN Governor should devalue the Naira. Our economy, the biggest in Africa is in danger of a long slump unless the government confronts slowing growth.”

Another former CBN Governor, Charles Soludo carpets Buhari’s economic direction which he described as ‘Old Buharinomics.’ While delivering a lecture recently in Lagos under the title ‘Avoiding the mistakes of the last Buharinomics’, Soludo said: “There seems to be a perception of the sense of nostalgia, a thing about the command and control regime battling with what is required in a competitive market economy worldwide. The element of the old Buharinomics that we need to change include Fix Exchange Rate, Fix Capital Control, Import Bans and Forex Rationing.”

In his reaction, Emefiele in a grand-standing way to impress Mr President that his economic policies are good and rebuff criticisms daily enumerated by other economic experts so as to keep his job, he recently states during 49th Annual Bankers’ Dinner hosted by the Chartered Institute of Bankers of Nigeria (CBN) in Lagos that “My economic policies are bitter pills with long term benefits.

While it is too soon to articulate the benefits, the economy is headed in the right direction. The CBN will always act in good faith in pursuing price and financial system stability. The CBN had instituted many polices, including the Treasury Single Account (TSA), restrictions of foreign exchange (Forex) for the importation of some 41 items, financial bailout for some states and capital controls.

I insist that the Naira will not be further devalued and we have been implementing fixed exchange rate regime instead of flexible exchange rate.” Except Buhari takes urgent step to re-write this wrong economic policies, else his administration economy will eventually go down in ruins, as Nigerians are now coerced to swallow the bitter pills of Emefiele’s clueless economic daftness by way of harsh inflationary realities.

On National Security, Mr President should answer the following posers in truth and honesty: Do you have an empirical data of how many Nigerians that goes to bed daily on empty stomach? Do you know the sufferings most businesses in Nigeria are going through without steady electricity supply? Do you have a track record of how many graduates that are jobless yet walking the streets daily in search of non-existing jobs?

Have you a collation of how many Nigerians that goes to work daily without any salary to pay their bills by month end? Do you know how many underage girls in Nigeria today that have left secondary schools or still in high schools but have taken to prostitution to help their families eke out a living so they would not die in starvation? Can you give us details of how many Nigerians literally ‘sleeping’ outside various foreign embassies in Nigeria in search of visa to run away from effect of your anti-people economic policies? The hypothetical questions are limitless.

Without doubt, Buhari is presently in dilemma.

Otumu, a CNNiReport journalist writes from North America and can be reached via mail at [email protected]

A Letter From The President At New Year 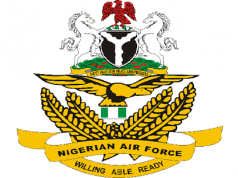 Memo to Sambo Dasuki on 4th Year in illegal detention and more revelations, by Yushau A. Shuaib

Buhari is ignoring Nigerian judges, we must not let him get away with it – Kolawole Olaniyan