The Economic and Financial Crimes Commission, EFCC, will today, Wednesday October 30, 2013 arraign one Kunle Adeshola before a Federal High Court sitting in Maitama, Abuja for impersonation, forgery and obtaining money under false pretence.

The suspect is alleged to have been parading himself as an Assistant Commissioner of Police attached to the EFCC and defrauding unsuspecting heads of government agencies. He is alleged to have penetrated the office of the Director-General of the Nigeria Tourism Development Corporation, NTDC, claiming he was assigned to discreetly investigate staff of the corporation.

However, the suspect was arrested by operatives of the Commission after he purportedly sought approval for secondment to the NTDC and to travel with NTDC staff on a foreign trip.

According to a statement signed by Wilson Uwujiaren, Adeshola was said to have at other times claimed to possess a doctorate degree in Criminology from the University of Jos.

The statement stated that a search carried out on Adeshola’s apartment in Lugbe, Abuja, yielded documents that include a fake EFCC identity card, fake Police ID Card, forged NYSC and University of Jos certificates.

The suspect would be arraigned on a 7-count charge.

The EFCC recently alerted the general public of the activities of fraudsters that have been circulating fake EFCC invitation letters to some heads of agencies of government purporting that the letters emanated from the Commission in respect of petitions against them.

EFCC also asked members of the public to discountenance any letter purportedly from the Commission that requires them to call anybody to discuss time and date of an appointment. “An authentic EFCC letter of invitation would unambiguously state the date and time an invitee is expected to report and the full name of the officer he is to report to.”

The Commission urged members of the public to may take the extra steps of verifying the authenticity of any invitation letters purportedly from the EFCC by contacting the Director, Internal Affairs Department at Block C, EFCC headquarters, 5 Fomela Street, off Adetokunbo Ademola crescent, Wuse 2, Abuja, or send an email to: [email protected] They could as well send a message through the EFCC facebook: www.facebook.com/pages/Official-EFCC.

I didn’t campaign for Buhari in 2015 as speculated, says Dasuki 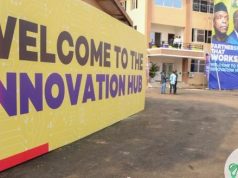 I didn’t campaign for Buhari in 2015 as speculated, says Dasuki