The Ministry of Niger Delta Affairs has concluded arrangements to terminate about six abandoned projects spread across the region with a view to enhance the development of the region.

The Minister, Pastor Uguru Usani had made this known while receiving the report on the audit and review of the East-west road and other project of its Ministry in Abuja.

Usani said that following the report from the Ministerial Technical Audit Committee on the contracts awarded from 2009 – 2015 in the Niger Delta, that some projects have been proposed for termination.

Also the amount contracted for each project and the amount paid could be seen in the chart below:
Chart Niger Delta Projects:

The minister said the above listed projects were proposed for termination as a result of lack of capacity to complete the work as witnessed on site.

“Gross lack of capacity problem, lack of seriousness on the project, lack of technical capacity to prosecute project and gross lack of competence by the contractors.

Usani said the committee juxtaposed its findings from project sites against facts retrieved from available documents domiciled in the departments that supervised the projects.

According to him, there were violation of contract award process; Right from the cycle of procurement planning to contract award, the committee noticed inconsistencies with the provisions of vital aspects of the Procurement Act.

“Prominent among other issues of violation were indiscriminate award of contract by initiating and benefiting departments without the leading and guiding role of the procurement department.

The minister said the structure and content of some contract agreements lack checks and balances, saying that they hardly protect the interest of the Ministry in case of disputes.

He explained that the imminent picture of abandoned and uncompleted projects was as disturbing as the retinue of projects that extremely exceeded the dates of completion.

“This manifestly, emanated from inconsistency in government annual budgetary provision and lack of capacity to deliver especially where funds released do not correspond with performance.

“Most contracts were awarded with specific dates of completion but were not captured in subsequent appropriations.

According to the minister, this further exacerbated contractors’ poor performance and inability to achieve project objectives.

“Consequently, no capital project was completed within the stipulated time frame,” he said.

Chijoke Micheal, an Estate Manager, from Abia State, told NAN that the policy of terminating contracts not executed by contractors would speed up development in the Niger Delta region.

“Those contractors who think they can eat their cake and have it should better sit up because the present administration is determined to develop the region and curb corruption.

“We have been advocating for this change for a long time and I have been very vocal in calling on government to come down to our level and assist the region in development.

Micheal said: “It is important for contractors to realize that it can no longer be business as usual.

“It is important for everyone doing business with the ministry to realize that things must be done properly,” he said.

Mrs Emen Odok an architect from Cross River described the policy as a waste of money, saying that government want to politicize it, by putting such policy in place.

“What is wrong with the government calling the contractors to order? The excuse by the ministry doesn’t hold water at all.

“Rather than terminate a project that is 45per cent completed, why not terminate the contract and re-award the contract to another company that is most capable of completing it.

“The ministry has practically abandoned the Calabar skills acquisition centre, these beautiful structures are wasting away and being destroyed by erosion.

“What measures has the government put in place to address such wastage,” she said.

Okon Udoh, a retired Civil servant, said the ministry has so many abandoned projects spread across the region, saying that the Federal Government should address the issue, if truly government wants to develop the region. 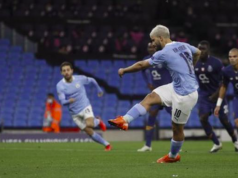