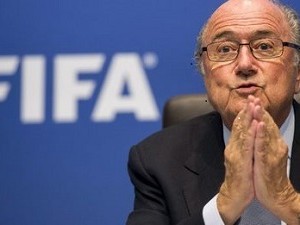 The president of Fifa, Sepp Blatter has confirmed his intention to seek re-election. He will make an official announcement at Fifa’s executive committee meeting between 25-26 September.

He had told delegates at a Uefa congress in March 2011 that he would definitely stand down in 2015 but has now decided against such a move.

He also announced the willingness of Fifa to try a TV replay system allowing coaches to challenge a referee’s decision while speaking at Manchester’s Soccerex.

The 78-year-old wants coaches to be allowed at least one challenge against a decision per half.

“They have the right in the half, twice or once, to challenge a refereeing decision but only when the game is stopped,” he said.

“Then, there must be a television monitor but by the television company and not by another referee.

The trial could happen as early as next year.

“It can only be done where there is television coverage of all the matches,” added Blatter.

“Or in one Fifa competition, we can try in a youth competition, an Under-20, like next year when we are in New Zealand.”
Follow Us

Andres Iniesta: ‘One day I wish to return to Barcelona – but I’m not done winning trophies in Japan’