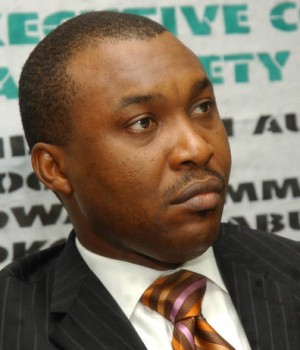 Independent Corrupt Practices and Other Related Offences Commission (ICPC) and the Ministry of Aviation are to partner to address issue of corruption at the nation’s airports to instill discipline in the aviation sector and increase inflow of investments.

The two bodies during a technical meeting held at the ICPC Headquarters, at the weekend in Abuja, agreed that there was need to bring sanity to the sector. .

Speaking during the meeting, the Chairman of the ICPC, Mr Ekpo Nta said the effectiveness of Anti-corruption Transparency Unit (ACTU) in the ministry would go a long way to address issue of corruption in the country.

He maintained that the commission was working round the clock to ensure that corrupt officials were dealt with to serve as deterrent to others, adding that measures had been put in place to block leakages in Ministries Agencies and Agencies(MDAs)

Nta noted that the nation’s airport could be turned around for good, if all hands were on deck to address corruption.

Earlier, the Minister of Aviation, Osita Chidoka explained that airport served as a first point of call to any investor that is coming into the country hence, it must be run transparently to boost the nation image.

The minister made it clear that a ‘fast and experienced bureaucracy’ are paramount in all the nation’s airport for more investments to be recorded, therefore, “we are soliciting your support to increase our competence”.

Continuing, he said; “We are here today to seek the support of ICPC to launch a campaign against corruption at the nation’s airports. To build a system where passengers coming to the airport do not get harassed and not pay for a service they suppose to get freely.”