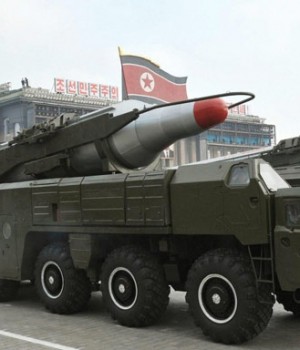 More facts have emerged on why Nigeria resorted to black market option in the $9.3 million arms deal which has pitied the government and it’s South African counterpart in the past week.

Sources said that rather than going through its traditional allies – United States and Britain – to procure the needed military hardware for the prosecution of the war on terror and insurgents, Nigeria opted for the ‘black market’ option.

This, according to sources, is because all efforts to get the needed military supplies through regular and conventional channels had been frustrated by the US, which had consistently accused Nigerian military and security agencies of human rights violations in the ongoing campaign in the North-east.

Even though the US had been significantly involved in helping Nigeria tackle its security challenges through various high-level meetings involving officials of both countries, it has however been dithering on the delivery of weapons ordered to sustain the on-going counter-terrorism and counter-insurgency operations against Boko Haram insurgents.

The practice is such that US embassies and the Bureau of Democracy, Human Rights, and Labor and other appropriate regional bureau of the Department of State vet potential recipients of security assistance and if a unit is found to have been credibly implicated in a serious abuse of human rights, assistance is denied until the host nation government takes effective steps to bring the responsible persons within the unit to justice.

A source in the Presidency accused the US of not following up on its publicly expressed commitment to help Nigeria overcome insurgency and terrorism as it has failed to assist with the needed military hardware.

This was also corroborated by a top military official who noted that all efforts at procuring military hardware from the US, its Western allies and other countries through legitimate means were frustrated by bureaucratic bottleneck believed to have been created by the US on the premises of human rights violations by the Nigerian military.

Defence and security sources alleged that US had blocked all the orders for arms and ammunition placed by the Federal Government. This, they said, included forbidding the Israeli government, which had offered to assist, from selling weapons to Nigerian without the US government’s approval.

“You know that there is agreement between the US and Israeli government that they cannot sell any of American-made military arm or technology to a third country without their approval,” one of the sources explained.

“And in the business of arms and ammunition, there are two major ways through which all countries procure and purchase their arms; it could be through legitimate and conventional open market or through the black market using various networks. This is how we got this current arms deal that is raising dust now.”

Yet another source from the Office of National Security Adviser (ONSA) was more emphatic that the US had “simply refused to sell or help out Nigeria with the arms and ammunition needed to prosecute the war on terror.”

The source further disclosed that of the 30 attack helicopters ordered from the US, only one or two had been delivered.

The Federal Government had through the ONSA placed order of about 40 military aircraft including attack helicopters and other arms with night vision technology with 30 of them expected from the US alone, the delivery of which was supposed to have started in August.

It was gathered that this issue also came up at the meeting of the Nigeria-US Binational Commission held penultimate week in Abuja where US officials also cited cases of human rights abuse in the prosecution of the war against insurgents by the military, but were countered by the Nigerian officials at the meeting who maintained that those human rights abuses were perpetrated by Boko Haram members dressed in Nigerian army uniforms.

The Nigerian oficials at the meeting had maintained that since the war of terror began in the North-east, the Nigerian government and indeed the military have been operating within the laws of the land and rules of engagement even when there are threats to the territorial integrity of the country.

They were said to have cited the fact that even when a state of emergency was declared in the North-east states of Adamawa, Yobe and Borno, democratic institutions were not sacked unlike it was done in the previous administration.

They also argued that in spite of the fact that the human and material losses the insurgents have caused, no special tribunal was set up for the trial of their members as all the cases that have been prosecuted or undergoing prosecution are in the regular courts.

The Nigerian Embassy in the US has also been engaged in diplomatic efforts to make the US government understand that allegations of rights abuses against Nigerian military and security agencies were orchestrated by Boko Haram and their supporters to weaken support for the efforts of government to combat the deadly sect.

In one of his responses to such allegation raised in a documentary aired on Channel 4 in the UK and PBS Frontline, Nigerian Ambassador to US, Prof. Adebowale Adefuye. “On September 9, 2014, the PBS Frontline programme aired a video footage that purports to document human rights violations by the Nigerian Armed Forces in parts of Northern Nigeria where Boko Haram operates.

“The attention of the Embassy has been called to the programme. I have seen these images. They are deeply disturbing.”

Adefuye did not hesitate to call the attention of the international community to the fact that on numerous past occasions, the insurgents have staged fabricated atrocities using stolen Government uniforms.

Lagos to investigate death of three-year-old boy in hospital