Vice Presidential Candidate of the Peoples Democratic Party (PDP) in 2019 elections, Peter Obi, has explained why the cash transfer strategies employed by the Federal Government to lift people out of poverty, will not work out in Nigeria.

Obi, who spoke on The Morning Show on Arise Television on Tuesday, said that the planned N5000 disbursement to 24 million people for a period of 6 months will not achieve the desired results of pulling people out of poverty.

He argued that for one to be classified as living in poverty, the person will be earning $1.9 or less per day, which is approximately N800. He said that the N800 when multiplied by 30 days amounts to N24,000, thus giving someone N5000 a month, when he needs at least N24,000 to survive, will have little or no effect, talk more of pulling them out of poverty.

“Any government that desires to pull its people out of poverty should adopt a properly articulated fiscal and monetary stimulus to support micro, small, medium enterprises and also provide jobs that will pay people at least N25,000 per month,” Obi submitted.

Telling of his experience in Bangladesh where some aggressive poverty eradication strategies worked well, Obi said “In 2008, I travelled to Bangladesh, with a team of professionals, where we studied poverty eradication strategies as employed by their government. We had encounter with the locals in rural areas, and we saw first-hand the techniques they employed to pull their people out of poverty.

“They had micro credit facilities at the rural level, supervised by the government but driven by the private sector. These credit institutions support the locals in their trades and agricultural endeavours. The government also steps in to buy whatever is produced by the rural residents, which are in turn exported.

“The consequences of this is that as of 2008 when we were there, the per capita income of Bangladesh was $635. Today, after 12 years of aggressive poverty eradication, their per capita income is $1900. Their literacy rate was 58% in the same 2008, today they are at 75%. Their human development index (HDI), has also moved from low to medium.

The former Governor of Anambra said that apart from Bangladesh, there were many other countries which have followed that same poverty eradication model and moved their citizens out of poverty. He said it would be wrong for the Federal Government to simply decide to pay 24 million people N5,000 each for 6 months, hoping that it would be enough to pull them out of poverty.

Obi said what is more worrisome about the whole cash transfer project is the lack of transparency and uncertainty that has characterised the whole process. He urged the government to invest in critical areas of development if they truly desire to move people out of poverty. He said that supporting small businesses with fiscal and monetary stimuli will be more effective in eradicating poverty in the country.

Abaribe, a true legislator who exemplifies what a legislator is globally – Obi 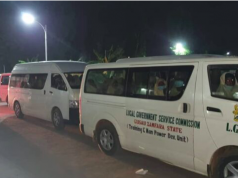 External reserves drop by $1.1bn in one month

If there’s ransom payment, Nigerians will be informed – Adesina

Abaribe, a true legislator who exemplifies what a legislator is globally – Obi