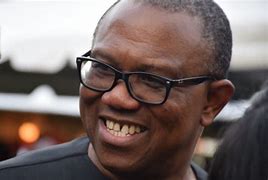 The Governor of Benue State, Dr Samuel Ortom, has reiterated his call for the presidential candidates of the major political parties to rally behind the Presidential Candidate of the Labour Party, Mr Peter Obi, who he described as a noble man in all ramifications of life, tested and trusted, and has the needed integrity, character and capacity to fix the nation.

Ortom made the call when Obi visited him to commiserate with him over the destruction of lives and means of livelihood, by the recent floods which swept through Benue and some other states in Nigeria. He lamented that Nigeria was surviving on life support and needs a true leader who can turn things around for the nation. He said that if the people did not live above ethnic, tribal and partisan sentiments, they would not be able to vote for the true leader who is most qualified to lead the nation.

“Nigeria is sick and surviving on oxygen. The country is on life support, and everything is in disarray. Let us, therefore, put aside partisanship and join hands to salvage the country. I have said before and I am repeating this, ‘we must look at the 3 major candidates and see who can deliver this country and make things work.’ Let us be frank with ourselves because we are toying with the future of 200 million people.

“Nigeria deserves a better leadership that is proactive, foresighted and visionary. I look forward and hope that the candidates of the 3 major political parties will meet and allow this man (Peter Obi) to lead this country now. I am in PDP and working for PDP. But I must confess that if I was not in PDP, I would have been working for Peter Obi.

“My brother, Peter Obi, has always been a noble man in all aspects of life. He is a man full of integrity, truthfulness and reliability. He may not be a perfect man, because nobody is, that is why life is complimentary. But he has proven himself to be a man that can be trusted, that has the capacity, the knowledge, the ability and the fear of God that will enable him to head this country,” Ortom said.

In his reaction, Obi appreciated his host for the warm welcome. He expressed sadness about the destruction left behind by the deadly floods in the State. He called on other presidential aspirants to suspend their campaigns in the meantime and take time to sympathize with the victims of floods across the country.

“I stopped and told my people to suspend the campaigns for the meantime until we can visit some of our people badly affected by the floods. If we, as presidential candidates, were able to spend several millions of naira purchasing our nomination forms, then we should have something left to show concern to those whose lives have been badly altered by the floods,” Obi stated.

He assured Nigerians that he would respect every citizen’s rights if elected to power.

“If I am elected as the President of this great country, I will not sacrifice the peace, unity and development of this nation, just to make a few people happy. I am not promising a few people happiness, but I am promising to fix the nation for the greater good. I can assure people that I will be in charge, and we will change this country. You will see people being pulled out of poverty. We did it in Anambra State, and will do it again at the Federal level,” Obi concluded.