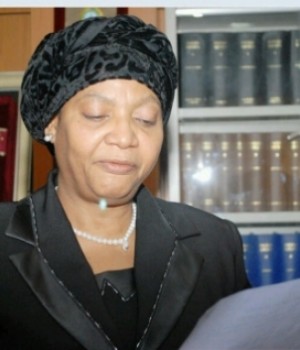 The Chairman of Osun State Governorship Election Petitions Tribunal, Justice I. M. Bako, has been removed by the President of the Court of Appeal, Justice Zainab Bulkachuwa, it was gathered yesterday.

His removal is provoking comments on why the court is always having challenges with election petitions in Osun.

Although the removal of tribunal chairman is within the power of the appeal court’s president, political motives and intrigues were suspected to be behind Justice Bako’s removal.

The three-man tribunal began sitting on August 27, 2014 and has Justices A.M. Awwalu and Benson Ogbu as other members.

Investigation revealed that the redeployment, which was effected on Wednesday, caught Justice Bako and other members unawares. Besides the verbal notice, an official letter would be dispatched to the tribunal next week after a formal pronouncement by the court on Monday.

A top source said: “Members of the tribunal have been informed that the chairman has been redeployed to another panel based on a petition written by some people.

“We do not know the contents of the petition, but the change will be made known to the counsel to parties when the tribunal resumes sitting next week.

“I do not think the petition has anything to do with the impeccable integrity of the chairman. It might just be part of steps to serve justice judiciously.

“You know the stake is high in Osun State. Politicians will never be satisfied even if you make their relations members of election petition tribunal.”

A source said: “Some judges at the appellate court have cultural/ marital affinity with some stalwarts of one of the parties before the tribunal.

“We just hope that the cultural and marital links will not determine who should preside over a tribunal or where the pendulum of justice will swing in Osun.

“They need to know that everyone is watching with keen development on how justice will be served in Osun as regards the August 9 governorship poll.

It was however learnt that the development has caused anxiety at the Court of Appeal.”

Another source said: “We are worried that politicians want to throw the Appellate Court into another round of crisis like the long-drawn one on the 2007 poll which created a crisis of confidence in the nation’s judiciary.

“For instance, no one has seen the petition. It is also unclear if the members of the tribunal were availed the copy of the petition and whether the chairman was allowed to defend himself or not.

“The indications from the tribunal have shown that the members were kept in the dark about the petition. If there are issues, members of the tribunal, litigants and their counsel should know.

“When her Lordship was at the Court of Appeal in Jos, Plateau State, a petition was written against her by the Democratic Peoples Party (DPP) and its chairman, Lt.-General Jeremiah Useni (rtd).

“The then Chief Justice of the Federation and NJC Chairman, Justice Idris Kutigi, queried her and she was creditably discharged and acquitted. The entire process of the phantom petition and her travails were put in the public domain. Today, she is better for it because Nigerians can attest to her integrity.

“All parties and stakeholders need to know what has gone wrong in Osun to have warranted the change of the tribunal chairman.”

Public Relations Officer of the Court of Appeal Hajiya Saudatu Kachalla said: “I will check with the authority.”

The National Judicial Council (NJC) last year recommended Justice T. D. Naron for compulsory retirement based on the findings of the committee that there were constant and regular voice calls and exchange of SMS messages between him and a lead counsel for one of the parties (Oyinlola) to the suit in the Osun State Governorship Election Tribunal.

The calls were said to be contrary to the Code of Conduct for Judicial Officers vide Section 292(1((b) of the 1999 Constitution.