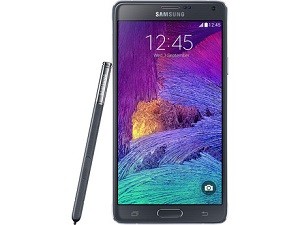 Samsung has launched the latest version of its oversized Galaxy Note smartphone earlier than expected Wednesday after US rival Apple reported record sales of its latest iPhone 6.

Samsung said the Galaxy Note 4 — initially scheduled for launch in October — would hit stores in South Korea and China this week before being sold in 140 nations by the end of next month.

It would be the first time a flagship Samsung product has gone on sale in China ahead of other markets, reflecting the firm’s desire to battle growing competition from cheaper Chinese-made rivals.

The decision to bring forward the launch also came after rival Apple reported a record opening weekend for its latest range of iPhones, including the iPhone 6 Plus — the US firm’s first foray into the big-screen market.

The new iPhone is not yet available in China.

Samsung initially pioneered the market for the “phablet” devices — sized between a smartphone and a tablet computer — when it introduced its Galaxy Note series in 2011.

Along with the Galaxy S smartphones, they helped the South Korean giant dethrone Apple as the world’s top smartphone maker.

Samsung has been poking Apple in ads portraying the iPhone 6 and iPhone 6 Plus as inspired by the Note’s size.

For the past three years, the arch-rivals have been locked in a battle of litigative attrition in close to a dozen countries, with each accusing the other of infringing various patents related to their smartphones and tablets.
But neither has managed to deliver a knock-out blow with a number of rulings going different ways. Last month the companies agreed to drop all patent disputes outside the United States.

Samsung has a diverse product line ranging from memory chips to home appliances, but more than half its profits are generated by mobile devices.