The Chairman of Senate Committee on Power, Philip Aduda, has called for the review of the Manitoba contract and unbundling of the Transmission Company of Nigeria (TCN).

Manitoba Hydro International (MHI) is a Canadian Electricity Company contracted by the Federal Government to manage the TCN.

Aduda, who made the call in Abuja on Tuesday at the inauguration of the TCN board, said the measure would enhance the efficiency of the TCN.

He stressed the need for the TCN to be unbundled just like it was done with the PHCN to ensure improved service delivery in the transmission chain of the sector.

The committee chairman emphasised the need to fast track the implementation of the reforms in the TCN, and called for the upgrade of the transmission lines so as to evacuate what was being generated.

“Even if you generate 10,000 mega watts of electricity and you do not have the functional transmission lines to evacuate them, it will still lead to system collapse,’’ he said.

He emphasised the need for Manitoba to manage the TCN and develop its Nigerian counterpart in line with international best practice.

He decried the total takeover of the transmission segment of the sector by foreigners, and stressed the need for local content development and the active participation of Nigerians in that sub-sector.

Aduda said the committee was already working with the Minister of Power, Prof. Chinedu Nebo, and relevant stakeholders in the sector.

According to him, this is with a view to reviewing grey areas in the Manitoba contract and getting the best deal for Nigeria.

He expressed concern on the gas shortfall challenge, and called on the new management of the TCN board to ensure that all the grey areas were resolved.

He thanked the minister for the sustained efforts at improving power supply across the country, and pledged the support of the National Assembly in this regard.

“We appreciate the improved power supply, especially in Abuja, but we need it to spread across the country because this sector is critical to the growth of our economy,’’ he said.

The Chairman, House Committee on Power, Patrick Ikarere, in his remarks, also called for the review of the Manitoba contract with a view to making it more efficient.

Ikarere, however, called for all parties to be meticulous in the process so as to navigate the legal impediments that might be in the contract.

Earlier, Nebo said the former board of TCN had made recommendations on some amendments to be made MHI contract with a view to making it more responsive to its changing needs.

“I am pleased to note that the board under the leadership of the immediate past Chairman has so far reviewed the Schedule of Delegated Authority earlier issued to MHI.

“It is, therefore, expected that the concern of the Nigerian public regarding the over-hyped powers of MHI would now be an issue of the past.

“I am also aware that the board has also considered and made recommendations on some amendments to the management contract with a view to making MHI more responsive to the changing needs of TCN,’’ he said.

Nebo urged the new Chairman of the TCN Board, Ibrahim Waziri, to reposition the TCN in line with Federal Government Transformation agenda.

Waziri, in his brief remarks, pledged to work with his team in repositioning the sector. 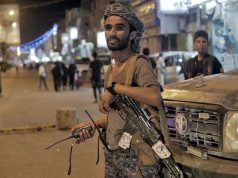 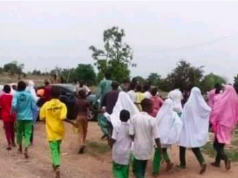 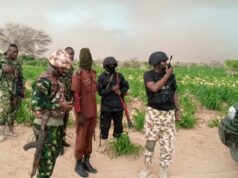 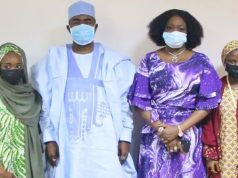 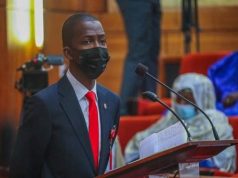