The landlocked nation of 4.6 million people has slid into anarchy since the mostly Muslim Seleka fighters seized the capital Bangui in March, ousting President Francois Bozize and unleashing a wave of tit-for-tat violence.

Seleka leader Michel Djotodia, installed as transitional president, officially dissolved the loose coalition of rebel forces but that has failed to stem clashes with local self-defense militias, known as ‘anti-balaka’ or anti-machetes.

The latest violence began just south of the town of Bouca – 290 km (180 miles) to the north of Bangui – early on Monday.

“Seleka fighters went yesterday morning to attack the base of the anti-balaka, 10 km south of town, and the fighting lasted all day yesterday and restarted this morning,” said Calvain Poumale, a taxi driver who fled to the nearby town of Batangafo.

In September, around 100 people died in fighting between Seleka fighters and local Christian militias in Bouca and Bossangoa, 100 km to the east, which is Bozize’s home region.

Poumale said gunfire and explosions from heavy weapons were audible in Bouca before he left. He reported seeing two vehicles carrying dead and wounded Seleka fighters return to the town.

“Thousands of inhabitants fled with bundles of belongings on their heads towards Bossangoa, Batangafo and into the bush,” Poumale told Reuters.

In a sign of rising lawlessness in the capital, the home of assistant prosecutor was the target of a grenade attack on Monday night which killed one person and seriously injured another.

It was the second attack on a member of the judiciary in recent days after a senior magistrate and his assistant were killed by gunmen outside a restaurant at the weekend.

The Economic Community of Central African States has deployed a 2,500-strong regional peacekeeping force in Central African Republic. The African Union is due to take charge of that force next month and boost its size to 3,600 troops.

U.N. Secretary-General Ban Ki-moon said on Monday that the United Nations was preparing to possibly deploy peacekeepers, but regional powers had requested to combat the crisis themselves first.

Josue Baka, another villager who fled to Batangafo, said Seleka reinforcements had arrived in Bouca on Tuesday afternoon, but no troops from the regional peacekeeping force had arrived.

“The townsfolk are continuing to flee because they are afraid the rebels will capture them,” he said. “People have bad memories of what happened before.”

Central African Republic is rich in gold, diamonds and uranium, but decades of instability and the spillover from conflicts in its larger neighbors have left the country mired in crises.

Senior U.N. officials have warned that Central African Republic is at risk of spiraling into genocide, as armed groups incite Christians and Muslims against each other in the virtually lawless country. 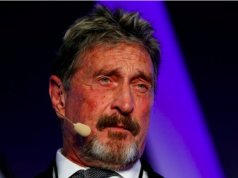 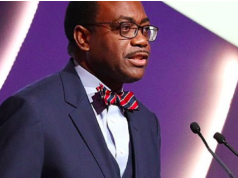 Akinwumi Adesina: Africa should be producing not begging for COVID vaccines 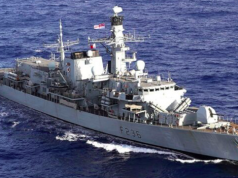 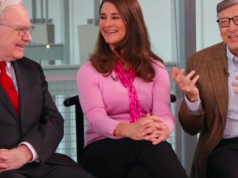 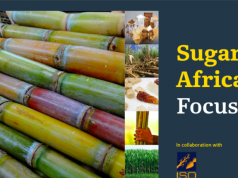 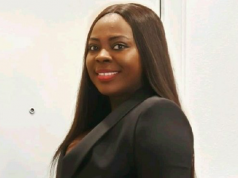