Eighteen others have been injured in the incident, which sent smoke billowing into the city sky.

More than 250 firefighters are tackling the blaze at the scene near 116th Street and Park Avenue.

All train services in and out of Grand Central terminal have been halted following the incident near its tracks. 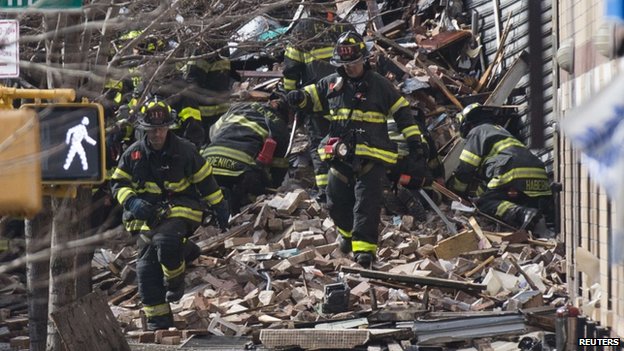 New York City Mayor Bill de Blasio said in a news conference from the scene that the gas leak had been reported to the utility company just 15 minutes before the blaze.

A number of individuals were still missing in the area, he added. 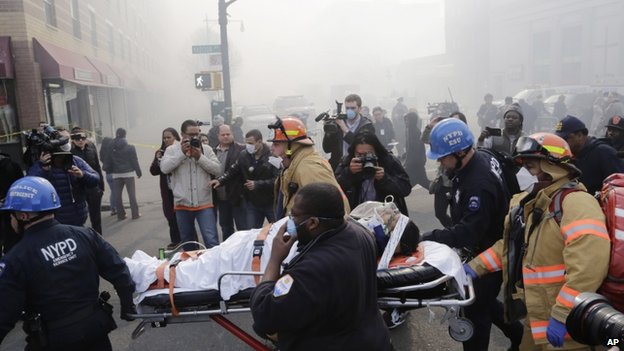 “Every effort is being expended to locate” them, he added.

A utility company says a resident in a nearby building reported smelling gas shortly before the explosion on Wednesday morning.

Streets and pavements around the site were littered with broken glass from shattered windows.

Witnesses reported the powerful blast knocked items off shelves in nearby stores.

Authorities in the area were said to be handing out medical masks to residents due to the thick white smoke at the scene.

A witness told the BBC “there was just a lot of panic” following the explosion.

Dan Scarvino had just emerged on to a nearby train platform when “suddenly a plume of smoke came out of nowhere”. 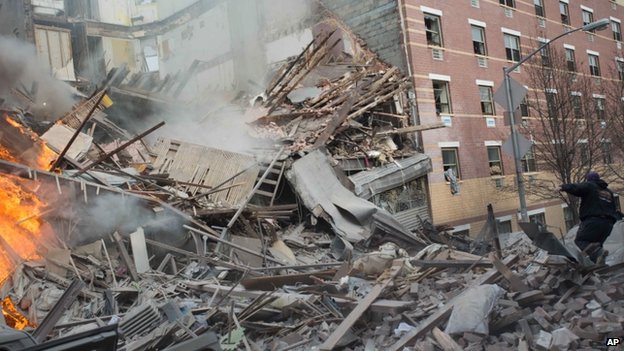 A witness  told the New York Daily News  she had smelled gas “for weeks” before the explosion.

“We saw people flying out of the window… those are my neighbours,” Ashley Rivera said.

Another witness told the newspaper he heard two loud explosions that shook the barber shop where he works.

“It was loud, like boom, boom!” Mitch Abreu said. “It rocked the whole block.

“A window blew out of the other shop down the street,” he added.

“It looked like the [Twin] Towers all over again. People covered in dust and covering their mouths.