Effiong said this in a statement while reacting to Osinbajo’s vow to waive his constitutional immunity to pave the way for the “most robust adjudication” over an allegation that he took N90bn from the Federal Inland Revenue Service to fund the 2019 general elections.

The lawyer said the Supreme Court had ruled in the matter of Bola Tinubu vs I.M.B Securities Plc that a person holding any of the executive offices that has immunity cannot waive it.

He said, “Based on the extant constitutional regime, the Vice-President Prof. Yemi Osinbajo, cannot waive his immunity. The Supreme Court decided in 2001 in the case of Tinubu v. I. M. B. Securities Plc that the constitutional immunity under Section 308 of the constitution cannot be waived by the persons to whom the provision is meant to protect.

“In the said Tinubu’s case, former Governor Bola Tinubu decided to waive his immunity to defend a civil claim initiated against him. The Supreme Court barred the then governor of Lagos State from proceeding with the suit.”

The lawyer noted that immunity does not cover one from investigation, adding that there was no need for one to waive immunity in order to be probed by a law enforcement agency.

Effiong noted, “I wish to state that the immunity under Section 308 of the Constitution does not extend to criminal investigation by law enforcement agencies. This was the position taken by the Supreme Court in 2002 in the celebrated case of Chief Gani Fawehinmi v. Inspector General of Police.

“Provided the investigation does not result in the arrest or detention of the Vice President or compelling his appearance, he can be investigated.”

Effiong, however, said although Osinbajo could not be sued, he had the power to sue for defamation, adding that the law empowers anyone holding such an office to be able to sue to a certain extent.

The lawyer stated, “However, it should be noted that notwithstanding the immunity clause, the Vice President has the right to sue for defamation of character. While legal proceedings cannot be initiated against him, the Supreme Court and the Court of Appeal have decided in several cases that the immunity clause does not prevent the beneficiaries from suing for defamation of character.

“In other words, Prof. Osinbajo can sue but cannot be sued. This was the position taken by the Supreme Court in 2007 in the case of Global Excellence Communications Ltd. V. Donald Duke.”

The statement of Prof. Osinbajo is political. Immunity does not cover investigation, therefore, the question of waiver does not arise in the circumstance. 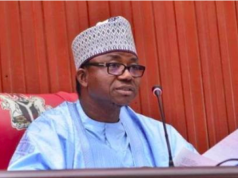 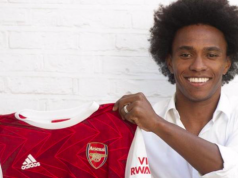 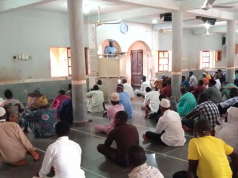 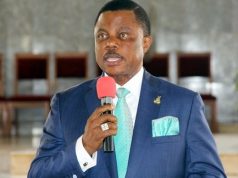